This is so far the oldest oldest get-up tutorial I have been able to find, from Thomas Inch’ Scientific Weight Lifting, published in 1905. The book opens with following motto:

“The Glory of a Man is in his Strength. Be Strong.”

…and as all Kettlebell Simple & Sinister practitioners know, the get-up is one of the best means to move well, and move STRONG!

Inch teaches a common old-school strongman variation of get-down to get-up, and with a dumbbell.

HOW TO LAY DOWN AND RISE WITH BELL IN HAND

This is a very effective feat which may be done with dumb bell, bar bell or (when you become sufficiently strong!) with a man balanced on the hand, but I prefer to look on it as an exercise rather than a feat, for it brings into play nearly all the muscles, and helps one acquire balancing power, etc.

In the first instance, both the knees must be bent as much as possible, and the left hand placed on the floor a little to the rear, the eyes all the while being kept on the weight. At no point should the eyes be taken away from the weight for a moment, for you must be ready in case the balance be lost to catch it, or throw same away from you.

With the left hand on the floor it will be found that by extending the left leg forward as far as possible you will be able to sit down. Now extend the right leg, bending the left arm until you are resting on the elbow. Then lean slowly backwards until you are laid perfectly straight.

To Rise. – Bend left leg and draw same up until left foot is beneath your right calf. Now turn over to your left side, bending the left arm until you rest on the elbow, and carrying the dumb-bell over that side. Now lean forward, taking great to preserve the balance of the bell, until you are able to straighten the left arm, upon which you must rest the greater part of your weight. You will now be able to get on to both knees, when the right foot should be placed on the ground and by exerting the powerful thigh muscles you will be able to rise.

#Repost @pavelmacekcom ・・・ “Can you imagin

[SHORT ARTICLE] Some Exercises to Test Your Streng 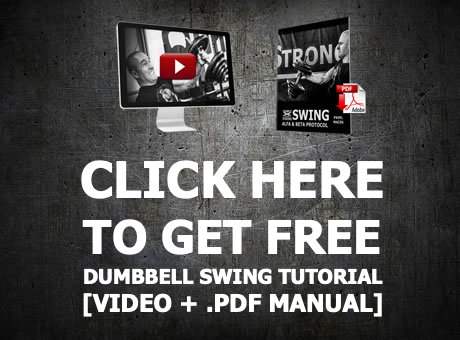